We can transform your existing piano to the player piano! 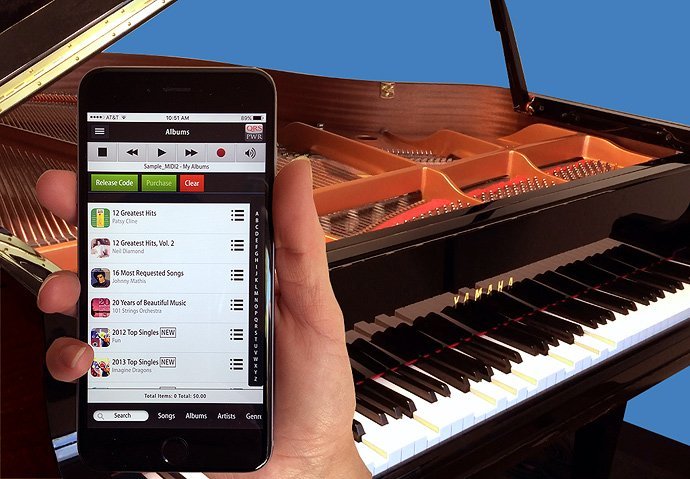 How about... your favorite artist playing or singing just for you and your friends right along with your piano as it plays!

Imagine every song you listen to being played live in your own home with a press of a button. You can even play the piano along with your favorite songs if you want to. Control it all with any of your musical devices, it's as simple as pressing play and pause. The QRS PNOMation III player can be installed almost into any piano and it won't even be visible. It is the perfect entertainment for any mood or occasion. You can even practice, record, and playback songs with headphones. Don't dream about it anymore! Install the QRS PNOMation III player and enjoy the show.

Multiple Schedules of ON and OFF and playlists
Key and pedal minimum playback set points and alignments
Trill alignments
Auto volume controls
Performance piano vs. background adjustment curves match your piano's volume curves to your speakers 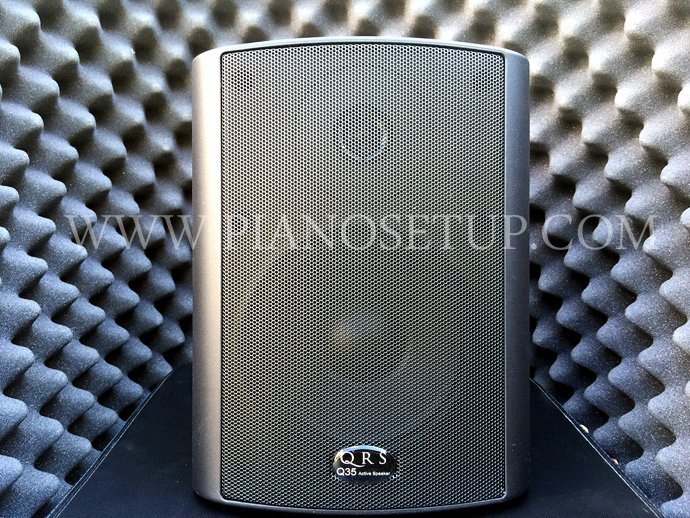 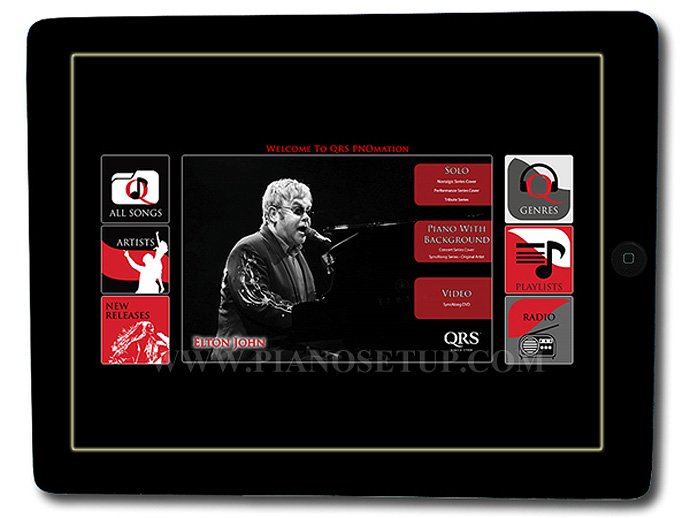 Start-Stop from the piano,remote, or WiFi device
Content is on the piano, not in the cloud and not on your device
Karaoke
Aux input and MIDI input allow for SyncAlong DVD playback 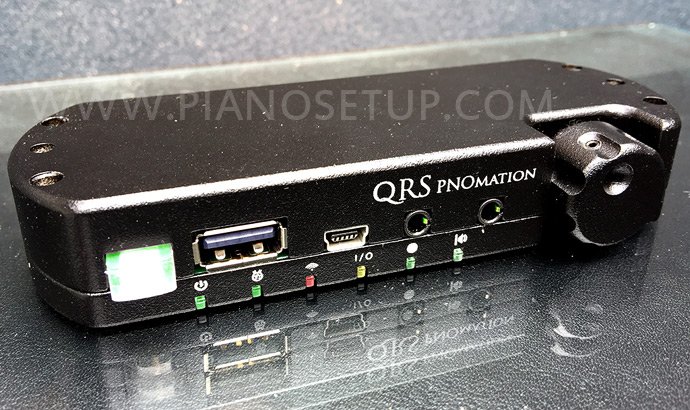 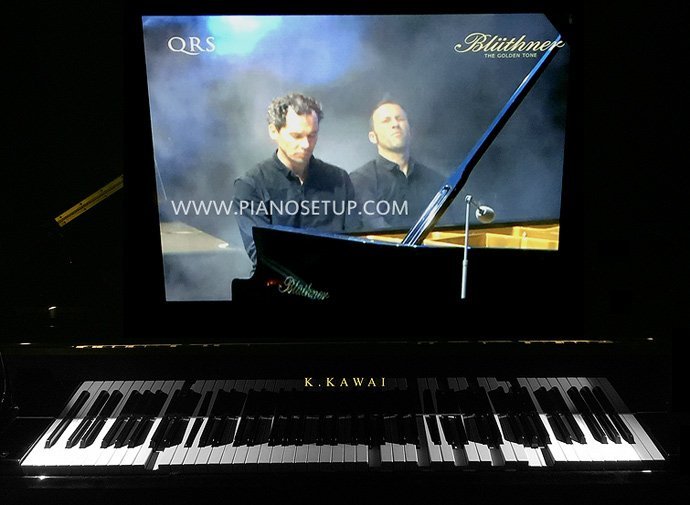 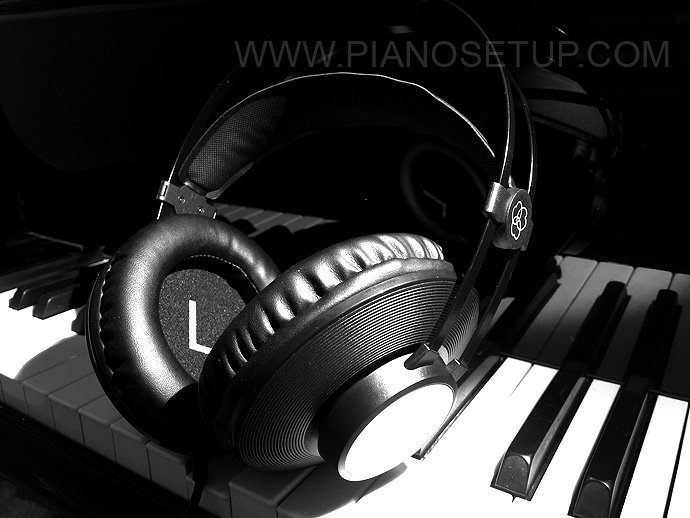 QRS has been creating Player Piano systems for over 116 years, making new models constantly to keep up with today's technology and possibilities. Since 1900 all kinds of great artists have been recording for QRS. With 5,000 master recordings and 45,000 music rolls containing the best music from the 20th century making it the largest selection of piano music in the world. 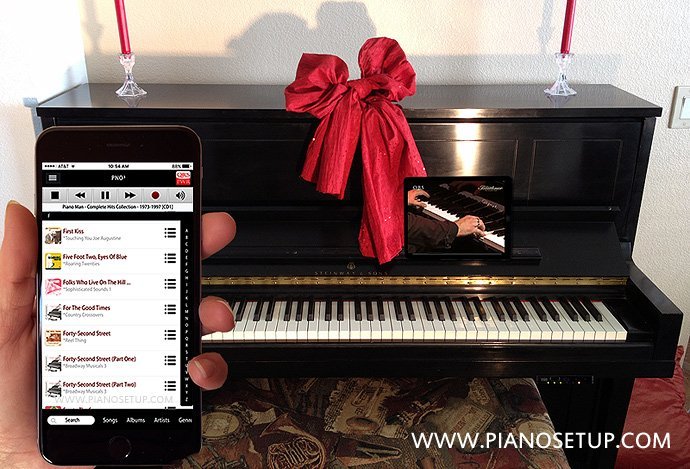 Today, the inside of a modern upright piano looks like this. 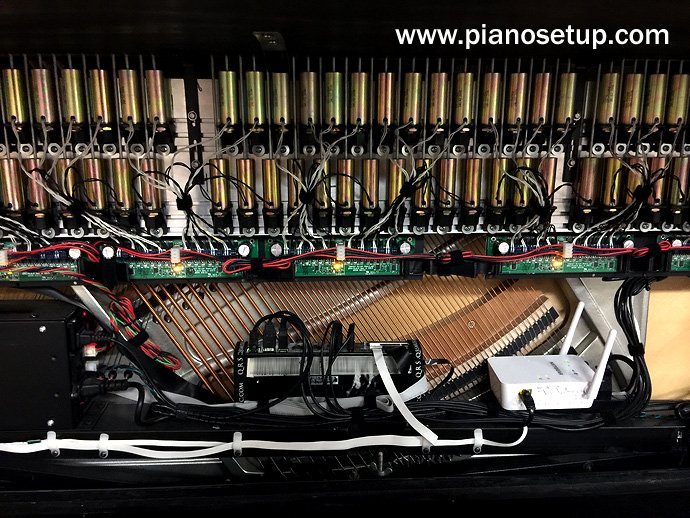 The best record technologies sense the movement of the keys continuously. This means they see the entire movement of the key up and down. That data can then be used to set trigger points and assign controller values. Leaving the most accurate recording possible. The sensors also need to be non-evasive, in other words nothing effects the touch of the key, there is no mechanical link to cause potential noise or breakage. Adding weight to the key is a way to add sensors but they modify the touch of the action and action repairs become a problem. There are several types of recording technologies currently used are hall effect, flag, tft, optic - flag being the most popular and cheapest is used by the Japanese and some Korean knock offs of an early Gulbransen strip. 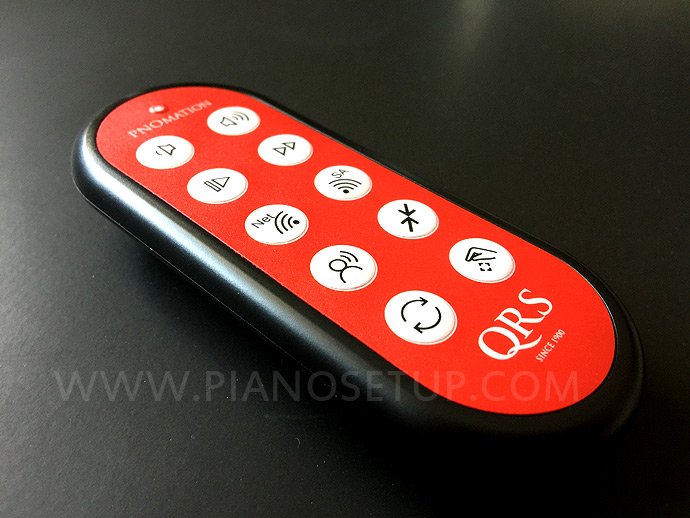 TFT has a mechanical element to it and has been shown to be inaccurate. The only real solution is an optical sensor. QRS's patents speak to this capability - without it the setup of an optic sensor is much too delicate a procedure and prone to hot notes, false triggers and erroneous events. PNOscan is by far the best product ever produced for recording a performance on an acoustic piano. Recently long distance learning has been pushed. Off the shelf products accessories make it happen. These products are available to QRS. QRS's systems are compatible if this is the direction you want to go. 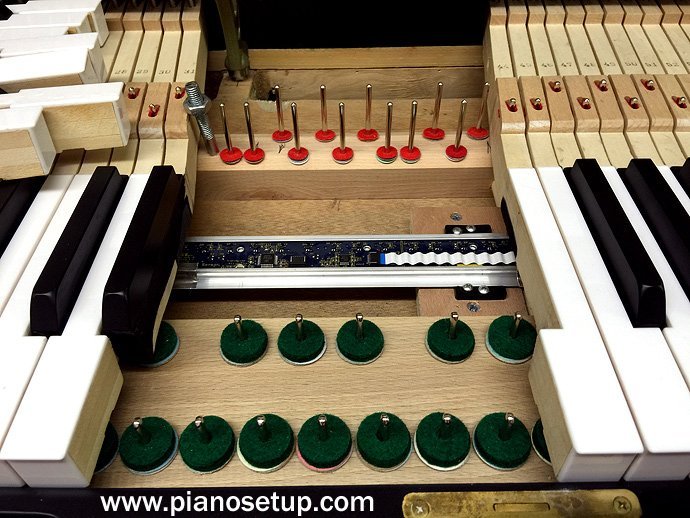 PNOscanTM MIDI record strip is designed to be a valuable high-performance solution for discerning musicians and composers yet is reasonably priced enough and practical for everyday use by piano students, music teachers or anyone who wants to save their piano performances or recitals. Recordings can be output as standard MIDI files or on the QRS PNOmation® player piano system for more dynamic playback.

QRS has the largest and most famous player piano music library in the world.

Shimmel. Tchaikovsky - “Waltz of the Flowers” 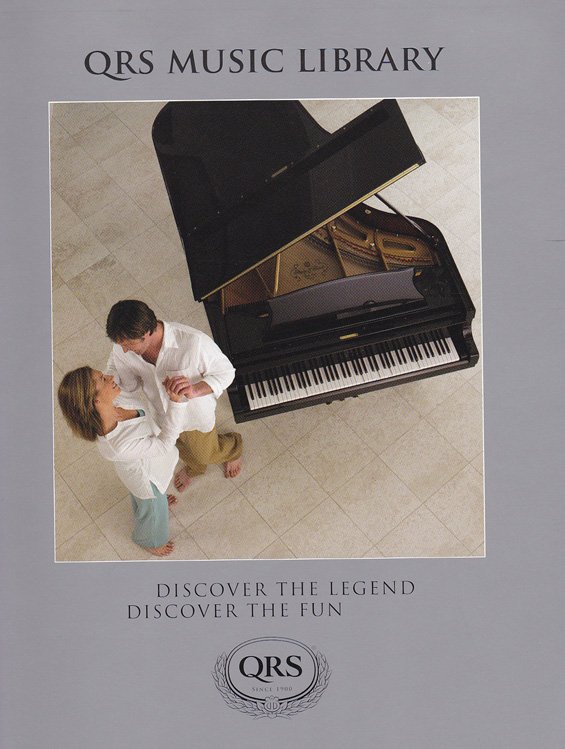 Do you have a piano with player system and wish to upgrade to QRS PNO3 ? 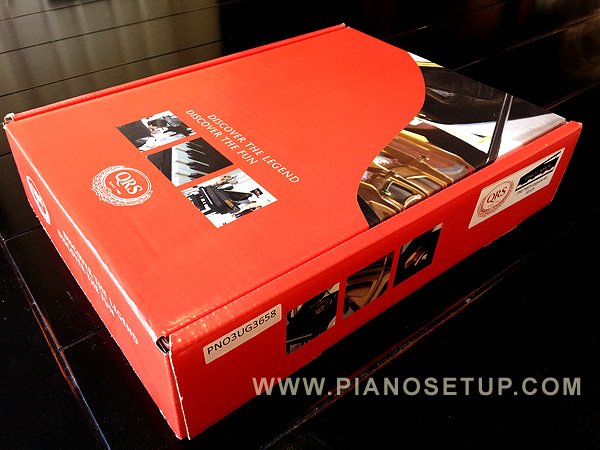 * SYSTEM WILL BE INSTALLED BY CERTIFIED QRS PIANOMATION TECHNICIAN

We'll be happy to provide you with more information, including costs and installation procedures.